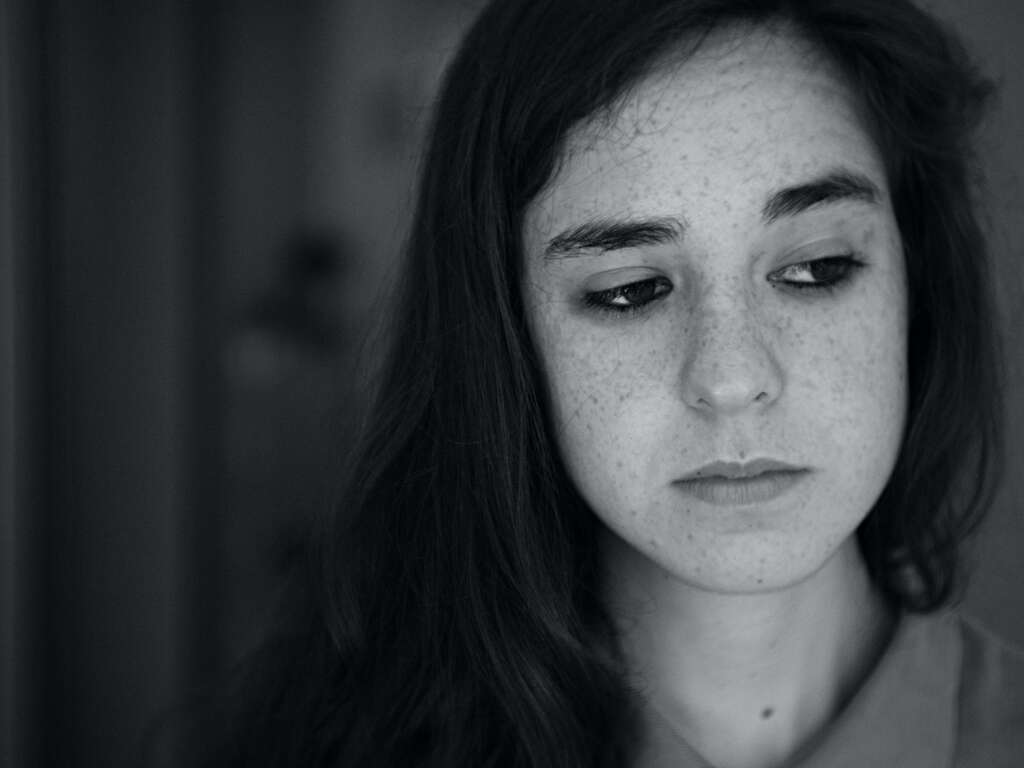 Post-traumatic stress disorder (PTSD) is a debilitating condition that affects millions of adults in the United States. It is a mental illness characterized by recurrent flashbacks of traumatic events, causing impairments in living daily life. Many people suffer from PTSD. According to the United States Department of Veterans Affairs, it affects as many as 12 million American adults annually, impacting women more than men.

Because it adversely affects daily life, PTSD requires urgent treatment including careful diagnosis, planning, and medical education under the guidance of a mental health professional. Read on to learn more about PTSD, PTSD symptoms, and PTSD treatment.

Post-traumatic stress disorder has long been considered to be an anxiety-related disorder due to the symptoms that arise when individuals experience feelings related to a traumatic event.

The American Psychiatric Association, however, re-classified post-traumatic stress disorder (PTSD) in the fifth edition of the Diagnostic and Statistical Manual, also known as the DSM-5. The new definition and classification allow mental health professionals to distinguish PTSD from other mental health problems.

Under the new classification and definition, posttraumatic stress disorder (PTSD) belongs to a class of mental disorders known as trauma and stressor-related mental illnesses. It is a mental condition resulting from exposure to any traumatic event.

PTSD symptoms may start within months of the traumatic event but sometimes they don’t appear until years later.

Psychological symptoms of PTSD can include:

Physical symptoms of PTSD resemble those of anxiety attacks, including:

Once a physician establishes the presence of risk factors, they assess the patient for the four hallmark PTSD symptoms. These need to be present for more than a month for an individual to be diagnosed with PTSD.

The Four Hallmark Symptoms of PTSD

One or More Intrusion Symptoms

Intrusion symptoms indicate recurrent thoughts of a trauma-inducing event. These negative thoughts are usually traumatic memories that place an individual in a state of hypervigilance.

Symptoms that indicate intrusive thoughts include frequent flashbacks of the traumatic event, nightmares, and any gesture that suggests the reliving of a traumatic event. Often, people with posttraumatic stress disorder will also report trouble sleeping as a result of nightmares and incessant memories.

At Least One Avoidance Symptom

Avoidance symptoms are the results of attempting to avoid being reminded of an event. An individual with PTSD will exhibit an unwillingness to discuss the details of traumatic events. When asked, they avoid discussing experiences of physical assault or a natural disaster to prevent any recurrent thoughts and emotions.

People who develop PTSD also avoid situations or objects that elicit memories of trauma. For example, a person who witnessed an unexpected death may avoid visiting the deceased’s house out of fear of reliving the trauma of the loss.

Arousal symptoms are similar to the symptoms seen in panic attacks. In post-traumatic stress disorder, symptoms of arousal include paranoia, jitters, and quick reactivity to sudden sounds or movements.

Other symptoms include mood swings, loss of focus, and hypervigilance. Sleep problems are also common symptoms of hyperarousal.

Mood symptoms indicate erratic changes in a person’s emotional state. These symptoms include expressions of shame, powerlessness, and guilt. These feelings often result in other mental health problems, like depression.

Those who develop PTSD are likely to express disinterest in life. Such expressions require increased attention, as these may signal an impending suicide attempt.

What Type of Traumatic Events Cause PTSD?

Any traumatic experience can put an individual at risk of developing PTSD.

While combat is often cited as a traumatic event that causes PTSD in war veterans, there are more instances where personal violence, such as sexual assault, is the source of the mental illness.

A traumatic event can be a natural disaster or an accident that causes serious injury or terrifying memories that result in ongoing trauma.

How Does a Person Develop PTSD?

Not all people develop PTSD following a traumatic incident. According to the National Center for PTSD, the presence of certain risk factors can predispose a person to PTSD.

These factors include gender, age, and recent trauma, such as exposure to war or sexual abuse. The National Center for PTSD also identifies injuries to be a risk factor for developing PTSD.

Can someone experience PTSD-like symptoms even if they have not been through?

On the other hand, people may experience a traumatic event and not suffer from PTSD because of what medical professionals call resilience factors — personal, social, and environmental conditions that facilitate he ability to deal with trauma.

Like any mental illness, recovery from PTSD requires treatment under the guidance of a mental health practitioner such as a therapist, counselor, or psychiatrist.

When it comes to treating PTSD, there are several options available. Here are some examples.

Cognitive behavioral therapy allows people who experience PTSD to identify their feelings and reframe their traumatic experiences. For patients to respond effectively to cognitive therapy, the physician must encourage discussions of negative feelings. Discussions and explorations of thoughts and emotions are done through conversations or in writing activities.

This form of therapy allows people with PTSD to discuss emotions and feelings related to a trauma-inducing incident. They may also discuss the symptoms they are experiencing, like trouble sleeping.

By discussing their thoughts and feelings with an experienced healthcare professional, PTSD sufferers develop strategies to process them.

In a group, people with PTSD share trauma experiences. This reinforces the idea that there are others with the same mental illness, allowing people with PTSD to seek support from a community.

This is a form of trauma-based therapy meant to desensitize a patient with PTSD to their triggers. Prolonged exposure therapy enables individuals to focus less on the traumatic event and more on the negative emotions they experience.

According to the National Institute of Mental Health, prolonged exposure therapy as a form of exposure therapy also requires individuals to perform tasks they have avoided. For example, in the middle of a PE therapy program, a healthcare provider may facilitate visits to the site where a traumatic incident took place. This can happen several times, with the PTSD sufferer becoming less affected by the visits. Over time, an individual becomes more psychologically adapted to work towards developing positive emotions.

PE therapy is one of several types of trauma-based treatment methods that have shown the best results in clinical trials. The other forms of PTSD therapy that have shown promise are talk and cognitive therapy, according to the National Center for PTSD.

Other than psychotherapy-based approaches, the medical community has agreed on several drugs that help manage PTSD symptoms.

SSRIs are a class of antidepressants. According to the National Institute of Mental Health, SSRIs can help patients manage symptoms like excessive worrying and hypervigilance. The calming effects of SSRIs also lead to reduced insomnia, especially when a patient takes an SSRI medication with another antidepressant medication like venlafaxine.

The National Center for PTSD recommends medications like sertraline, paroxetine, and fluoxetine.

Some anti-epileptic drugs have shown promise in managing PTSD. One that has proven effective is topiramate, which is also used to manage substance abuse and treat severe migraines.

Effective Treatment and Management of PTSD with Support Groups

Because veterans are a very vulnerable population, the National Center for PTSD runs a Veterans Crisis Line, a 24/7 support line for veterans who struggle with PTSD. The support line links veterans with PTSD to hospitals and other areas for PTSD treatment and support.

In addition to the Veterans Crisis Line, there are other support groups for people with PTSD. Here are some:

Peer Support Groups Organized by the National Center for PTSD

Veterans can go to the Department of Veterans’ Affairs and find a nearby support group. The National Center for PTSD organizes support groups to help veterans of war recover from PTSD and access support.

Support Groups by the National Alliance on Mental Illness (NAMI)

The National Alliance on Mental Illness links PTSD suffers to resources and nearby support groups. To find a support group near you, visit the NAMI site and use their NAMI locator.

Mental Health America (MHA) has many PTSD support group affiliations in the country. MHA has an affiliate locator on its site. With it, you can easily find a support group near you.

PTSD and Substance Use Disorders

When people develop PTSD, they often also develop a substance use problem from trying to ease the pain and anguish with drugs or alcohol. Unfortunately, this substance use usually worsens the symptoms.

There may also be a genetic tie to the co-occurring conditions. Blood relatives with a history of alcoholism or post-traumatic stress disorder can pass on a predisposition for either one to their offspring.

How La Hacienda Cares for PTSD and Addiction

La Hacienda Treatment Center helps people recover from substance use disorders, even while suffering from PTSD and other co-occurring illnesses. An individualized treatment plan is prepared which lays the groundwork for recovery from the SUD and subsequent treatment elsewhere that will address the PTSD.

Part of a patient’s continuing care plan covering the immediate period after they leave La Hacienda includes connection to the next steps in this process.

La Hacienda Treatment Center’s professional on-site team of addiction treatment doctors, psychiatrists, and counselors is familiar with these issues and knows how to treat addiction in the presence of a co-occurring mental disorder.

The clinicians provide individual and group therapy, including cognitive behavioral therapy. Patients are introduced to the 12 steps, led through the first four steps, and given information on groups where they can complete the program.

There is also a voluntary Family Program through which patients and their close relations can learn more about the disease and how to promote recovery through improved communication skills.

Call Today for Assistance or Admission

If you or someone you know is suffering from addiction and PTSD, help is available. Contact the La Hacienda admissions team today and they will answer your questions and help guide you toward a better tomorrow.

Co-occurring Disorders are physical or mental illnesses that a patient has simultaneously. When a patient’s condition is assessed before treatment, doctors will determine whether the disorders can be treated at the same time, or in which order they should be addressed.

Depression is a common but serious mood disorder. Its symptoms affect how one feels, thinks, and handles daily activities, such as working, eating, or sleeping. When symptoms are present for two weeks or longer a person can be diagnosed with depression.

Chronic dramatic shifts in mood and energy can be symptoms of a mental illness known as bipolar disorder. According to the National Institute of Mental Health, about 4.4 percent of adults in the United States deal with bipolar disorder at some point in their lives.

Anxiety is one of the most prevalent mental disorders in our culture, with more than 40 million adults in the US having at least one form of anxiety disorder. This mental health disorder is discussed openly but there are still many misconceptions and myths which confuse those who wonder if they have it versus normal anxious feelings.