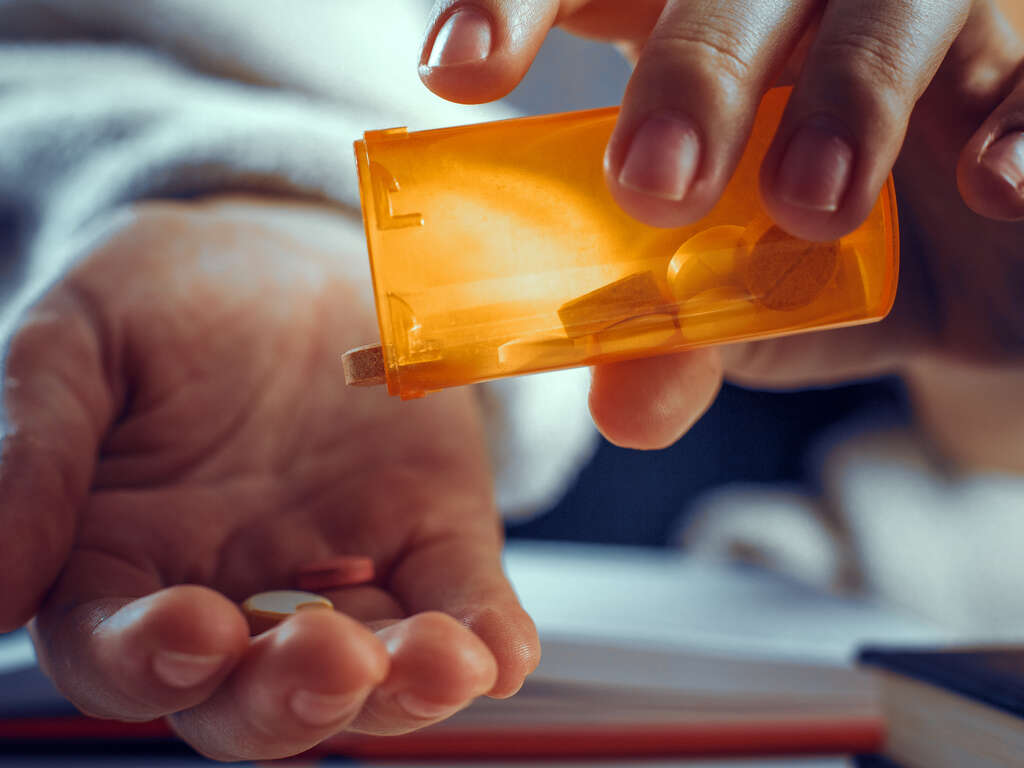 The Dangers of Adderall

Adderall, a prescription drug used to treat ADHD and narcolepsy, is a combination of amphetamine and dextroamphetamine, two central nervous stimulants.

It reduces impulsivity and improve focus by increasing norepinephrine and dopamine levels in the brain. The stimulant medicine improves attention span, focus, and impulse control.

The U. S. Food and Drug Administration approved Adderall for public use in 1996.

Side Effects of Adderall

The side effects of Adderall are wide and varied. They can range from mild to severe, and some may be more bothersome than others.

Side effects of Adderall include

The most common symptoms of withdrawal from Adderall are:

Some interactions between Adderall and other drugs can be dangerous and cause serious health problems. For example, if the person is taking MAO inhibitors (antidepressants), it can cause a dangerous drug interaction that may be life-threatening.

Sometimes, the interactions can increase the potency of one drug or decrease the effect of another.

Drugs known to have an interaction when taking Adderall or Adderall xr are:

Can you Overdose on Adderall?

Yes, Adderall overdose occurs when someone takes more than the prescribed dose or takes Adderall with other substances that have amphetamine-like effects.

If there is concern that an overdose has occurred, it is important to seek emergency medical help immediately.

The long-term effects of Adderall use include permanent changes in the brain and nervous system. In addition, withdrawal symptoms can make it harder to focus and pay attention, which will cause users to desire more of the drug.

A weakened immune system and insomnia are other long-term impacts.

It is important to discuss the long-term effects of Adderall with a doctor before using it. The drug should never be used more than prescribed. The effects can be life-threatening, so it is vital to be aware of them before starting a new dosage.

Adderall and the Cardiovascular System

Adults who take Adderall have an increased risk of cardiovascular side effects.

Several studies have indicated that the drug can cause an increase in blood pressure and heart rate.

People with pre-existing heart problems and arrhythmias should be cautious taking Adderall. Stroke and sudden death can occur if the user is predisposed to medical conditions that effect blood pressure, heart, or arteries.

If you are taking Adderall and feel chest pains, call your doctor or an emergency clinic immediately.

Despite its desirable effects for medical issues, Adderall is widely used without prescription, especially among 18 to 25-year-olds who take it to stay awake for long periods.

A recent study by the National Institute on Drug Abuse revealed that as many as 10 percent of college students and seven percent of young adults misuse the drug without a doctor’s supervision.

Of these, three to six percent use it recreationally and as a study aid.

Corresponding to this misuse, the number of emergency room visits related to people taking Adderall has increased significantly.

In addition to over-use, it is dangerous to stop taking the medication when the effects start wearing off, another reason it needs to be taken only as directed by a physician.

Symptoms of Adderall abuse include a lowered need for sleep, frequent refills of the drug, and drug-related behaviors.

Adderall abuse may lead to a substance use disorder (SUD).

For What is Adderall Prescribed?

Adderall is a common treatment for ADHD. Its use has grown in recent years because it can help people with ADHD focus and pay attention for longer periods of time.

ADHD is a mental health disorder that includes hyperactivity, difficulty paying attention, and impulsive behavior. Unstable personal relationships, poor functioning at work or school, and low self-esteem, among other issues.

While it is often diagnosed in adults, ADHD symptoms usually start in childhood. Even as adults, people who suffer from the disorder may not realize they have a medical problem.

In addition to treating ADHD with prescription drugs such as Adderall, care for the disorder includes psychological counseling and care for co-occurring mental illness.

Narcolepsy is a chronic sleep disorder that causes excessive daytime sleepiness and sudden attacks of sleep.

The condition may be caused by the brain’s inability to regulate the balance of two chemicals that control sleep, hypocretin and glutamate.

The amphetamine and dextroamphetamine in Adderall work for patients with narcolepsy by stimulating certain brain cells that produce hypocretin, thereby increasing alertness and reducing daytime drowsiness.

Adderall is not approved by the U. S. Food and Drug Administration for treatment of bipolar disorder, but some psychiatrists prescribe it for bipolar patients to help boost their mood and energy levels.

What is Adderall XR?

The active ingredients (d-amphetamine and l-amphetamine) are more slowly released over time from Adderall XR compared to Adderall.

Adderall is a stimulant medication. Central nervous system stimulants change and energize the nervous system. Stimulant drugs can be addictive and can have severe side effects. Stimulant abuse is a serious problem in many parts of the world, specifically the United States, where it is estimated to affect about 25 million people.

How do Stimulants Work?

Stimulants work by increasing dopamine levels in the brain, which causes an increase in energy, attention, and even sexual desire.

The “high” from stimulant use lasts for a short time, but users will often take more doses to try and maintain the feeling they had before. The risk of developing stimulant addiction increases with age and with continued use of high doses over long periods of time.

Drug and alcohol treatment is a process of rehabilitation that helps people stop using drugs or drinking alcohol.

The goal of drug and alcohol addiction treatment is to help people get rid of their dependence on the substances so they can live a healthy life.

La Hacienda has been treating prescription drug addictions and other SUDs successfully for 50 years.

We understand the challenges that each new patient brings to treatment, and we prepare individualized plans of therapy following a thorough assessment upon admission. Treatment plans consider the type of drug used, the patient’s medical record, their family history, and co-occurring disorders, if any.

For more information about addiction treatment, phone (800) 749-6160 and talk with one of our helpful admission specialists.

Stimulants are drugs that stimulate the central nervous system. They speed up messages from the brain to the body, which can result in increased heart rate, blood pressure, and alertness. Common stimulants include caffeine, nicotine, cocaine, and amphetamines. ADHD stimulants like Adderall or Adderall XR are prescription label stimulant medications that can be abused.

Methamphetamine is a stimulant drug that affects the central nervous system. It is one of the most heavily abused drugs in the United States and it can be found in powder form or as pills. Methamphetamine affects dopamine levels in the brain which produces euphoria, alertness, and increased physical activity.

Cocaine is a powerful stimulant that causes a feeling of euphoria. The drug has been used since the 1800s and is made from the leaves of the coca plant, which grows in South America, particularly Bolivia and Peru. The effects of cocaine include increased energy and alertness, feelings of happiness, reduced fatigue and appetite, and improved mental clarity.

Ritalin is a stimulant medication which is used to treat attention deficit disorder. It works by increasing the use of dopamine and norepinephrine in the brain, chemicals that are responsible for maintaining focus and attentiveness.